What Is A No-Fault Divorce? 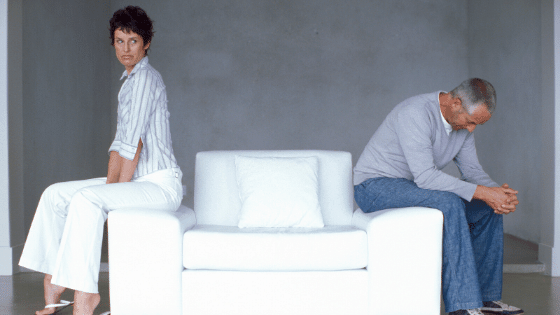 In Australia, you do not need to prove fault as a ground for a divorce. We apply the principle of ‘no-fault divorce’. But what is a no-fault divorce?

Here’s what you need to know about no-fault divorce.

What Is A Fault Divorce?

A fault divorce occurs if it has to be proved that one party is primarily responsible for the breakdown of a marriage.

In Australia, this was the case prior to 1975 when the Family Law Act came into force.

You had to have an acceptable cause for filing for divorce. Example causes that were accepted at the time were adultery, desertion, cruelty and insanity. Whatever the ‘fault’ was had to be proven in court before the divorce was granted.

This meant that the very nature of divorce was often hostile and had opposing parties pitted against each other in an open Court where all was revealed for the public to see. Photographic evidence of adultery was a common means of obtaining a divorce back then.  Divorce was not a straightforward or easy process before the Family Law Act 1975.

What Is A No Fault Divorce?

When the Family Law Act 1975 established no-fault divorce in Australia, this changed the face of divorce across the country.

A no-fault divorce means that the court does not consider which partner is responsible for the marriage breakdown.

All parties have to do is show they have been separated for at least 12 months (even under the one roof) and state that the marriage is irretrievably broken down and there is no prospect of reconciliation.

There is no requirement for either party to prove specific grounds for divorce.

The effect of this momentous change was that the animosity that so often came along with divorce proceedings was removed from the equation.

It also showed that there are alternative (and often much more amicable and affordable) ways to divorce – such as by using divorce mediation or family dispute resolution, rather than only having the need to divorce through the courts. Using these alternative channels can help divorcing parties to remain civil and maintain good lines of communication and co-operation, throughout their divorce and beyond, as co-parents.

While divorcing couples in Australia do not need to prove a reason for the breakdown of their marriage, residual fault elements can still be important in other ways.

Why Mediation Is Important When Divorcing

By choosing family mediation instead of going straight to court with expensive family lawyers, you could find yourself saving money and maintaining an amicable relationship with your ex.

This is especially important if children are involved. Keeping the process stress-free, affordable and on civil terms can make all the difference to how your children cope with your divorce.

If you’re ready to get a divorce but want to keep things civil, call our family mediation specialist in Perth now or get in touch online here.