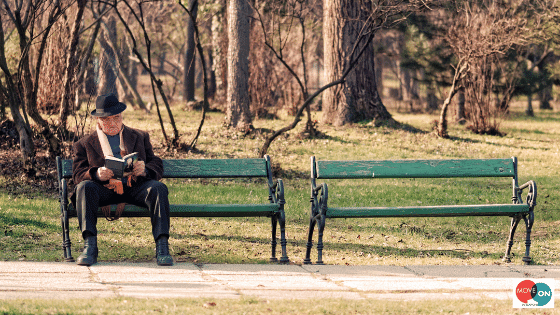 Grey divorce is a term that is used to describe couples who separate after 50 and has been on the rise in the last couple of decades.

So people are divorcing later in life than ever before.

What are the implications of this new trend of grey divorce for couples separating later in life?

Here’s what you need to know about grey divorce in Australia.

What is Grey Divorce?

When couples over the age of 50 years decide to end their marriage, the divorce is often termed as a grey divorce.

A recent study in the USA has shown that the rate of divorce for people over the age of 55 is almost double than that of the other age groups. No independent study has yet been done to explain the  reasons for this trend but some explanations might be offered.

Perhaps divorce has simply become more socially acceptable and older generations no longer see it as something to be ashamed of.

Also, there is often the feeling that once the children have grown up and left home there is no need to stay together “for the sake of the children”.

Retirement, too, can cause marriages to fall apart. While one or both partners were working and busy keeping home and raising children, they did not notice they were growing apart from each other. Now they are both at home, they begin to realise that they don’t have much in common anymore. They might not even like each other.  For many older couples, the realisation that time is fast running out, may set them thinking “why waste the little time I have left with someone I don’t want to be with anymore?”

Money, or lack of it, can also play its part. While earning money, life was good but now, on a fixed (usually reduced) income, spending habits may have changed, creating tension at home. Differences in sex drive, may also send one partner looking elsewhere for a little romance. One partner may seek an active lifestyle, like going out, entertaining or travelling, while the other may prefer to stay home and do nothing.

In most cases, neither of them have done anything wrong; they have just changed.

The Financial Implications Of Grey Divorce

Financial security can sometimes nosedive for both partners after divorce, but for grey divorce cases, the implications can be dire as, at that later age in life, they may not have the time or the energy to start all over again. Unless you’re Bill and Melinda Gates, some serious financial adjustments will usually have to be made.

In most cases, there are two parts to any separation. The first one is the divorce itself, which is the easy part. The second part is the financial settlement which, in a grey divorce, can become a nightmare. Older couples have usually acquired more assets and built up a bigger nest-egg that needs to be split making the divorce potentially more contentious and complicated than it may be for younger couples with fewer assets.

Medical needs and expenses also tend to be higher requiring sufficient medical insurance cover for both partners. One partner may have been reliant on the other for assistance and, now they are not around anymore, care plans may have to be made.

And if you thought that was complicated enough, when you have superannuation to deal with, this can become a minefield. There may be just one super entitlement contributed to by one partner, while the other was keeping a home and raising children. It now may need to be split.

The bottom line is that professional legal and financial advice is needed in most grey divorce cases.

Read more about divorce and superannuation in Australia.

The Benefits Of Mediation For Grey Divorce

The benefits of mediation for grey divorces far outweigh other available options. The last thing anyone wants is to be spending the next few years of their lives arguing in Court with the person they have lived with loved for most of their lives. Fortunately, there is a better solution – mediation.

Unlike fighting in the Family Court, where each spouse has their own lawyer slugging it out at great cost, divorce through mediation is a different process where participants control the outcomes.

Instead of letting a Judge decide your case, a mediator will offer guidance to both parties, helping you to make your own decisions and to reach an outcome you can both live with. It is by far the quickest, least costly and least stressful method.

Find out how Move On Mediation can help you through your grey divorce affordably and quickly, and with the least amount of stress – call Ian today on 0418 928 448.