De Facto Separations: What You Need To Know 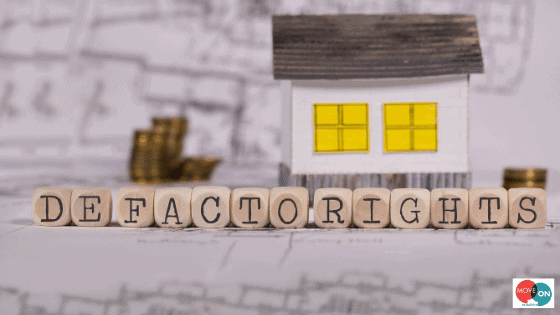 Are you going through a separation but aren’t married? If you’re wondering exactly what defines a de facto relationship this is what you need to know about de facto separations.

What is a de facto relationship?

Australian Family Law defines a de facto relationship as a relationship between two people, regardless of gender, who live together as a couple on a genuine domestic basis for a minimum period of two years and are not legally married. They cannot be classified as a de facto couple if they are related by family.

The sharing of a dwelling alone does not necessarily constitute a genuine domestic basis. The de facto relationship also needs to be of an intimate nature and with both partners being financially interdependent on each other, as any married couple.

When it comes to separation, de facto relationships are treated under the law in an almost identical manner as legally married couples.

What is a short term de facto relationship?

Does a de facto relationship have to be legally registered?

Currently, registering a de facto relationship is not mandatory in Australia, although it may be a good idea to do so, to protect yourself against any possible claims and avoiding any conflict in the future.

It may also be a good idea to draw up a Binding Financial Agreement as some married couples do. It is important to seek professional advice to ensure the agreement is drafted correctly, with all the appropriate procedures followed, to avoid it from being overturned by the Family Court at a later date.

How long do you have to be together before you are entitled to assets on de facto separation?

The quick but not absolute answer is two years.

However, if the couple have had a child/children, or either partner has made substantial financial contributions, before the guiding two-year period, the Court will consider claims to a property distribution. This is regardless of whether the assets were acquired prior or during the relationship.

Are there time limits for claiming entitlements from a de facto relationship?

For de de facto separations, any financial claim must be made within two years after the breakdown of a de facto relationship. It is wise to seek legal advice as soon as possible once you make the decision to separate and not leave it to the last minute.

How are parenting matters treated for separating de facto couples?

Parenting matters in de facto separations are essentially treated the same as for married couples (although, in Western Australia, they are covered by different legislation).

The Court’s prime consideration is what is in the children’s best interests and encourages separating couples to reach an amicable agreement between themselves, applying the same principle.

How are property matters treated for separating de facto couples?

Once again, under Australian Family Law, almost all property issues for separating de facto couples are treated in the same manner as for married couples. Property may include cash on hand, bank accounts, the family home and other real estate, investments, businesses, insurance, personal assets, and debt.  Although legislation is on the drawing board for some time, it has not been possible to split the superannuation of de facto couples in Western Australia (but super can be taken into account as a financial resource of a party in determining a de facto property division).

The family law requires the division of property to be fair and equitable. That does not mean that everything will be simply split 50-50 in a de facto separation. Much depends on each separating couple’s circumstances.

Criteria that might be considered can include, but is not limited to:

If you’re going through a de facto separation and want to undertake family mediation in Perth to resolve your issues amicably, get in touch with Ian Shann today.